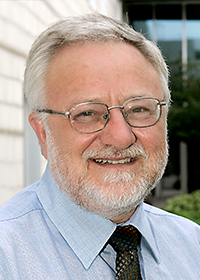 Georges Dionne is full professor of Finance and holds the Canada Research Chair in Risk Management at HEC Montréal. He has been a visiting scholar in the Department of Risk Management and Insurance at Georgia State University and in the Economics Department at Ecole Polytechnique in Paris for many years.

Georges Dionne won the Kulp-Wright Book Award (2002, 2015, 2021) for his book Handbook of Insurance, the Pierre Laurin Award for research from HEC Montréal (1998, 2003, 2009), the PRMIA award (2006), the Bank of Canada NFA Conference Award (2006), an Honorary Ph.D. conferred by the University of Orléans (2006), and the GARP Award at the Financial Management Association European Conference (2008). He is an Honor Alumnus of the Faculty of Arts and Science of the Université de Montréal (2008) and was one of 30 researchers chosen as part of the SSHRCCanada’s celebration of 30 years of cultivating excellence in Canadian social sciences and humanities research (2008). He received the Innis-Gérin Medal (2011) for his original contribution to the social sciences literature and the Jean Guertin Award (2011), HEC Montréal’s top prize for teaching excellence, for the support provided to his graduate students and for having developed a new field of teaching and expertise at HEC Montréal: risk  management. He won the Marcel Dagenais Award in 2012, the Pierre-Laurin research award in 2016 , the John S. Bickley Founder’s Award from the International Insurance Society in 2017, and the Paper of the Year of the Journal of Operational Risk in 2018. He became Fellow of the Canadian Economics Association in 2019.

Georges Dionne led the team that developed the model for computing the Credit VaR model of a Canadian bank in 2001 and the model for computing the Operational Risk VaR of another bank in 2006. These two activities have important implications for the Basel international banking regulations. The two advanced models of risk management allow banks to better manage capital by applying portfolio diversification strategies. He also contributed on the integration of business cycles to compute optimal capital.

His research interests include road safety. One of his main achievements was to propose (with Marcel Boyer) a new model for automobile insurance pricing based on drivers’ demerit points. This model was implemented by the Société de l’assurance automobile du Québec in 1992 and is still used in Quebec. In 2021, he published (with Ying Liu) an article evaluating the effect of a new pricing model of insurance for reducing road accidents in China.

He has contributed to the empirical literature on measuring the significance of asymmetric information in the data of many economic sectors. With his coauthors, Pierre-Carl Michaud and Maki Dahchour, he is among the first researchers to empirically separate moral hazard from adverse selection and drivers’ learning using data on insurance contracts. He detected the presence of asymmetric information in auctions, (with Pascal St-Amour and Désiré Vencatachellum), in mergers and acquisitions (with Mélissa La Haye and Anne-Sophie Bergerès), road accidents (with Jean Pinquet, Mathieu Maurice and Charles Vanasse), and workers’ compensation lien (with Pierre St-Michel).

Full professor of Finance at HEC Montréal
Holder of the Canada Research Chair in Risk Management
Member of the board and President of the Risk Committee, SCOR Canada
Associate researcher at Interuniversity Research Center on Enterprise Networks, Logistics, and Transportation (CIRRELT)

Harris Schlesinger Award for the article “Economic effects of risk classification bans” (2022)
Best article Award in the Risk management and Insurance Review (2020)
Fellow of the Canadian Economics Association (2019)
Paper of the year of the Journal of Operational Risk (2017)
Pierre-Laurin research award (2016)
John S. Bickley Founder’s Award of the International Insurance Society (2016)
Best publication of ESG UQAM award to X. Zhou (2016)
Kulp-Wright Award for the Second edition of the Handbook of Insurance (2015)
Best Paper Award from the Geneva Risk and Insurance Review (2015)
Article selected for inclusion in the collection of 10 articles in the Geneva Risk and Insurance Review to mark its 40th anniversary (2015)